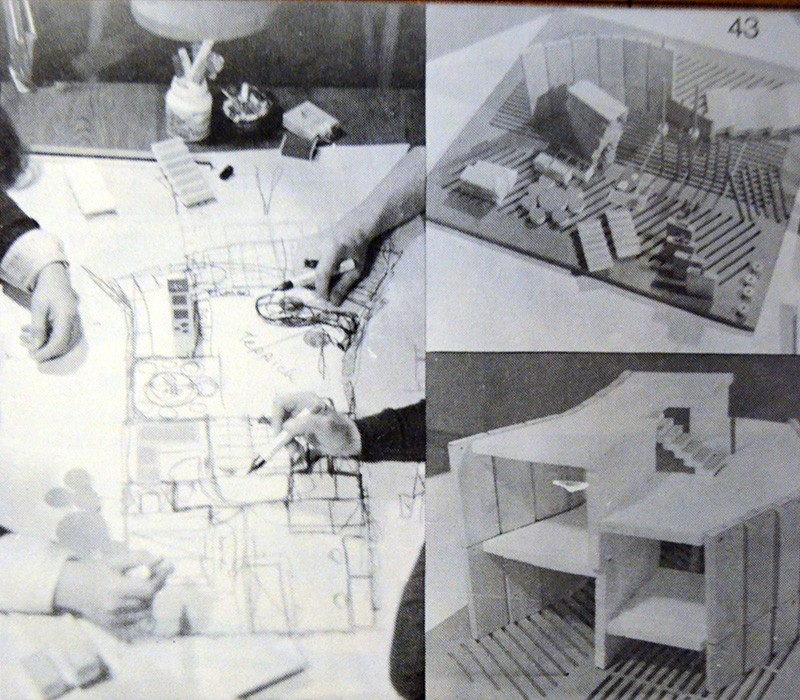 The so called “Modell Steiermark”, in force from the 1960s throughout the 1980s constitutes a crucial period for the architectural development in Austria in the 20th century. This time span saw a very rich and adventurous regional architectural scene and enjoyed the reputation of being the most dynamic one in Austria.  On the basis of an interdisciplinary cooperation between architects and the public administration a (legal) framework was instated in the federal state of Styria [Steiermark] that very highly valued the importance of architecture and spatial-planning with the participation of the public. These efforts led to the creation of social housing projects that included aspects of sustainability and responsibility and integrated the future inhabitants in the process of planning and use. The involved architects thereby tried to redefine their traditional task and to reposition themselves in the field of architecture.

My thesis tries to discuss the impacts of this politicization and the reorientation or rather the shift of architect’s role during that period. Special attention will be given to the implications that arise from these changes. While laying the basis to a contemporary self-conception this important period is not yet understood.

Methodology
To fathom the underlying strategies and motivations as well as to depict the framework of the field of architecture I undertook a series of narrative interviews with the main actors of this period (mainly architects). These interviews, together with a thorough analysis of contemporary sources from the professional and lay media as well as archival sources (private and public) contribute not only to get to know the projects itself but also the predominant discourse that accompanied the genesis of the projects and the mode of operation of the architectural practices.

To combine and triangulate these highly diverse sources I will use the methodology of Grounded Theory (Corbin & Strauss). This systematic inductive theory enables the construction of theory through the guided analysis of data, it seeks to produce new theory with explanatory power. This methodology allows to work with multiple and diverse sources such as historic sources, interviews, articles, project descriptions, exhibitions etc. with the same set of tools.

Situational Analysis (A. Clarke) extends „classic“ Grounded Theory to include the generation of a series of maps and analyses of the situation focused upon in my research. This approach allows for analysing complex social worlds / arenas like the production of architecture. It further allows to better research, understand and communicate the findings.

Relevance for the current discourse
While being absent in the 90s and early 2000s international architectural discourse lately experiences an increasing interest in socially and political topics. In 2016 the Pritzker Architecture Prize, the most prominent prize the architectural scene / field has to award was given to Alejandro Aravena. With this decision the prize committee gave the simmering social concerns in architecture a new “official” ennoblement.

Looking back, a direct extrapolation of western participation-strategies of the 1960s to 1980s is more than unthinkable. Dissolving welfare state housing programs and more and more privately driven development of housing space and cities undermined it as a whole. Even more as participation strategies got discredited as they had often been used as camouflage and technique to gain approval of controversial projects. Architects today have to face even stronger headwinds than before! Besides general contractors and manufacturers of prefab-houses also project developers take on the production of economically exploitable space.

So, what will the role of the architect in the near and far future be like? It looks like their interdisciplinary training qualifies them to play a coordinating or mediating role in this very diverse and highly competitive field.

Therefore it appears crucial to gain a deep understanding of the strategies that architects undertake to position themselves in the field of architecture. To claim an accentuated role in this vast field it is necessary to ascertain the own position and to know how one’s self-conception is being constructed.